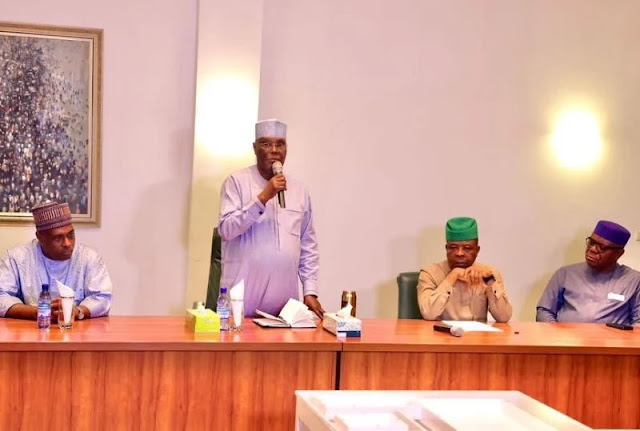 If Atiku Abubakar disregards the requests of Rivers Governor Nyesom Wike and his team, Princewill Dike, a PDP chieftain in Rivers State, says the party's presidential candidate will face an embarrassing defeat.
Dike accused Atiku and the national party of failing to properly handle an internal situation that, in his opinion, should have been resolved quickly.
He praised Wike as a force, a performer, and a brilliant mobilizer and noted that any attempt to call his bluff would endanger the PDP's efforts to retake the centre. Wike, he said, was the PDP's backbone.
The Rivers Governor, according to Dike, a Port Harcourt-based attorney, was battling for justice, inclusivity, and equity and had the support of many of his coworkers, party officials, and many Nigerians.
In a statement on Wednesday, Dike said it was incomprehensible that the north, which has supported the party, holds all important posts inside it, including the national chairperson, the presidential nomination, and the head of the Board of Trustees.
He claimed that if Atiku and the PDP opted to enter a vital election in 2023 with a deficient and northernized PDP structure, they would be playing God.
Dike said the current structure of the PDP at the national level vitiated the party’s constitution, which provides for fair distribution of offices to give all zones a sense of belonging.

He said: “The Presidential Candidate of the PDP will be playing with fire if he chooses to ignore the demands of the Rivers State Governor, Nyesom Wike and his camp. Those people hanging around him and mounting pressure on him to call the bluff of Governor Wike are leading him to the abyss.

“It will be foolhardy for Atiku and some enemies of the PDP to think that a governor, who mobilised resources, fought federal government and rebuilt the party most of them abandoned, no longer matters at this crucial time.

“Governor Nyesom Wike is a mobiliser, a performer and a strategist, who has the support of most of his colleagues and leaders of the party. He exerts nationwide influence and has the capacity to sway votes not only in Rivers but also in the entire Southsouth. How can you think of ignoring your best commander in a time of war?

“Let reason prevail and let Atiku and the party do the right thing by restructuring the PDP to give the South a sense of belonging and ensure unity ahead of the poll. The time to act is now because the delay we have witnessed has already become dangerous”.
Chima Ugo is a patriotic Nigerian, a journalist, blogger and singer who is so much interested in the internet, journalism, and blogging and have been for half a decade.