SDP candidate: No plan to form coalition with other parties 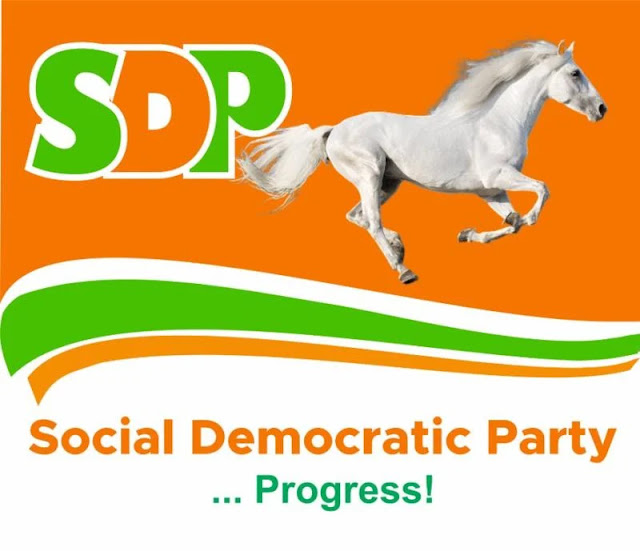 Prince Adewole Adebayo, the Social Democratic Party's (SDP) presidential candidate for the 2023 election, has stated that Nigerians are sick of the Peoples Democratic Party's (PDP) and All Progressives Congress' (APC) misrule, which forced the party to enter the race.
He insisted that the SDP has no plans to form a presidential alliance with other parties and that it will not leave office in favour of any political party.
This statement was made by Adebayo on Friday in remarks made at the conclusion of a two-day party stakeholders session in Ibadan, the capital of Oyo state.
At the submit christened South West summit for critical stakeholders with the theme “Common interest and strategic approach for 2023” were former governor of Ekiti state, Chief Segun Oni, Ambassador Yemi Farombi, SDP National Secretary, Chief Olu Agunloye, and SDP Chairman in Oyo state, Mr. Michael Okunlade.

Adebayo while addressing journalists at the summit insisted that there is no plan by SDP to merge with any of the political parties, APC or PDP.

He added that Nigerians are tired of PDP and APC misrule which necessitated the coming of the party in the presidential race.

“We are not stepping down for any political party, because that will be a great betrayal to the people of Nigeria.

“People are running away from PDP and APC, so if we disappoint them now, then we have taken them back to the people that are making them suffer.

Other speakers among whom are Farombi, Agunloye, Oni, and Akande said that Nigerians need visionary and selfless leaders in 2023.

They explained that the country needs a disciplined and a charismatic leader as president, which the party has presented ahead of 2023.

Those who spoke enjoined Nigerians not to sell their votes because of money.
Chima Ugo is a patriotic Nigerian, a journalist, blogger and singer who is so much interested in the internet, journalism, and blogging and have been for half a decade.