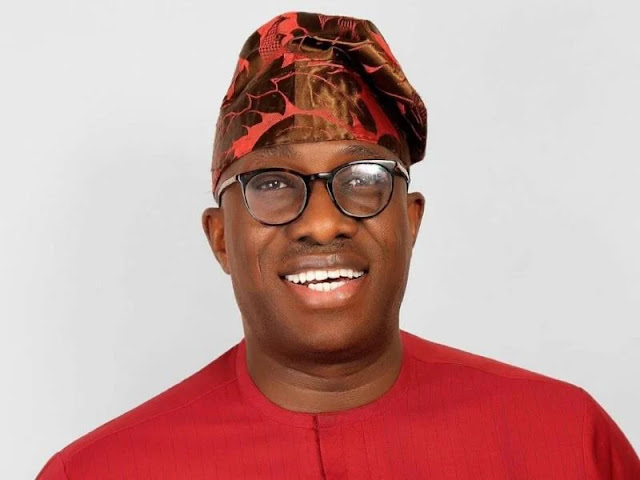 Segun Showunmi, a PDP faction candidate for governor in Ogun State, said yesterday that the party is not divided and that he is confident that party members will accept the court's decision about the party's legitimate flag bearer in time for the general elections of 2023.
He made this statement during a newsmen's pre-campaign conference in Lagos.
Showunmi expressed excitement and confidence that he will be on the ballot in the Ogun State governorship election, particularly in light of the Court of Appeal's decision in Abuja to dismiss the lower court's decision about its jurisdiction to hear the lawsuit he, the PDP, and others had filed.
The governorship candidate said this just as he noted that his campaign ahead of the governorship race would be issues-based.

“So, as it concerns supposed recognition here and there, don’t worry, they will recognize everything that needs to be recognized. As you are well aware that the Court of Appeal has given us the first favourable judgment, and I trust that we will be fine.

“I don’t think we are divided, to be fair. We both accept the supremacy of our national organs. My position is that whatever it is they called their primary is a charade, it can’t hold and it can’t stand. The primary election that produced me as a candidate followed all the extant laws of the country and in due season, they will come to the point they have to come to.”

Speaking on his ‘new deal,’ he said: “I have observed that it’s almost as if people come into government in Nigeria, especially as governors and they do the average things. You see them do a bit of infrastructure and make money for themselves and become wealthy and I do not see a sustainable plan that speaks to where we are now.”
Chima Ugo is a patriotic Nigerian, a journalist, blogger and singer who is so much interested in the internet, journalism, and blogging and have been for half a decade.