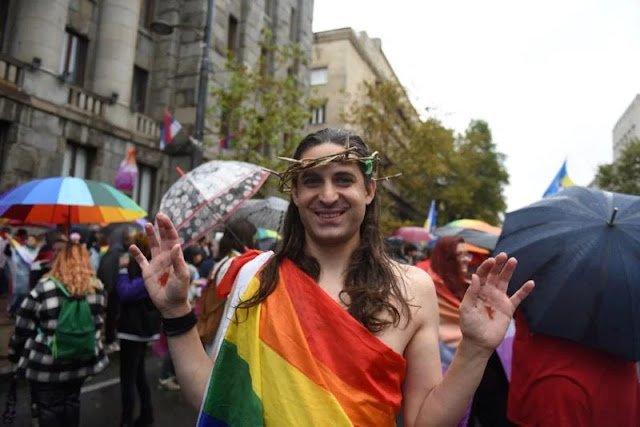 Several thousand people participated in an LGBTQ march in Serbia on Saturday to mark the conclusion of EuroPride week, an annual event held in a different European city. Police and right-wing demonstrators engaged in violent altercations during the march.
The march was being disrupted by two right-wing organisations, according to Prime Minister Ana Brnabic, who also said that 64 protestors had been detained and that 10 police officers had received minor injuries.
“I am very proud that we managed to avoid more serious incidents,” Brnabic, who herself is Serbia’s first gay prime minister, told reporters.

Following protests by nationalists and religious groups, the government had banned the march last week. But faced with calls by European Union officials and human rights activists, it allowed a shortened route for the march.

Those participating walked several hundred metres to the Tsmajdan stadium where a concert took place.

Previous Serbian governments have banned Pride parades, drawing criticism from human rights groups and others. Some Pride marches in the early 2000s met with fierce opposition and were marred by violence.

But recent Pride marches in Serbia have passed off peacefully, a change cited by EuroPride organisers as one reason Belgrade was chosen as this year’s host. Copenhagen was the host in 2021.

Serbia is a candidate to join the EU, but it must first meet demands to improve the rule of law and its record on human and minority rights.
Chima Ugo is a patriotic Nigerian, a journalist, blogger and singer who is so much interested in the internet, journalism, and blogging and have been for half a decade.