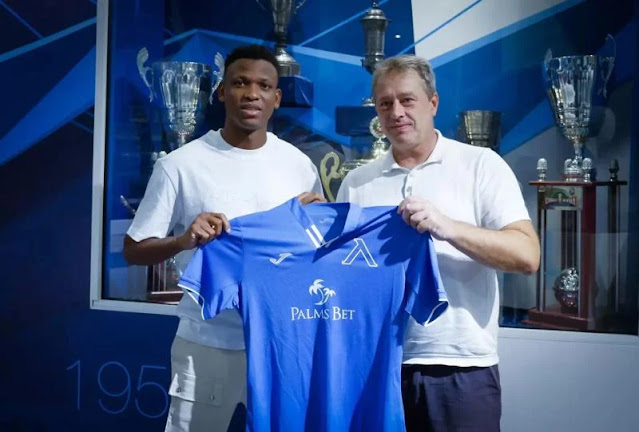 Shehu Abdullahi, a defender for the Super Eagles, has joined PFK Levski Sofia in Bulgaria.
Abdullahi signed a one-year deal with the Blues and is capable of playing three various positions, including defensive midfielder, central defender, and right defender.
“I am very glad to be here. Before I came to Sofia, I received messages from “Levski” fans and I already feel that I am at home. The club took very good care of me. “I came to show my best, help the team and achieve the goals this season,” Abdullahi told LEVSKI TV.

“I have heard about Levski before, but when the coach and the club contacted me, I researched it and found out that Levski is one of the biggest teams in Bulgaria. I chose to come here because of the history of this club, because of its goals and ambitions. As a player who wants to maintain a high level, you cannot refuse Levski. I hope that with my arrival I will bring success to the club,” added the Nigerian footballer.

Abdullahi won the league title and Super Cup in his first season at Omonia Nicosia.

The Nigerian won the Cyprus Cup in his final season at the club.

He previously had stints with clubs in Kuwaiti, Portugal and Turkey.