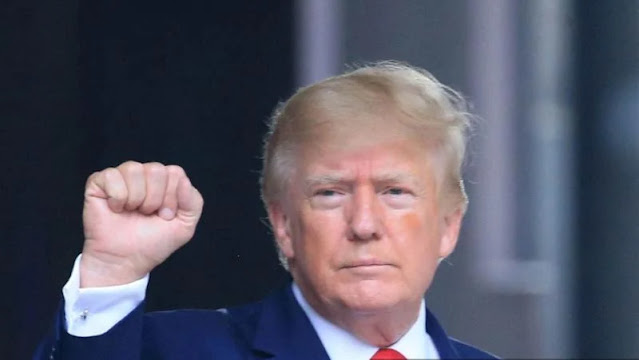 The US Department of Justice announced Monday that it will accept Donald Trump's nomination of one of the judges to serve as a "special master" in the probe of the sensitive materials that were taken from the former president's Florida residence last month.
Despite opposition from the department, federal judge Aileen Cannon granted Trump's request last week to designate an impartial reviewer for the case, who will be tasked with examining the numerous secret documents recovered from his Mar-a-Lago estate in an FBI raid on August 8.
As the Justice Department claims top-secret records were "likely suppressed" to thwart an FBI investigation into his alleged improper handling of classified materials, Trump is coming under increasing legal pressure.
Insisting that the raid was "one of the most flagrant assaults on democracy in the history of our country," he has denied all wrongdoing.
The names of two potential candidates were provided to Judge Cannon on Friday by both Trump's legal team and the Justice Department.
However, earlier on Monday, Trump rejected both of the government's nominations in a court filing.
Later on Monday, the department said in its own court filing that, in addition to its own nominees, it would consent to the appointment of Judge Raymond Dearie from the Eastern District of New York, who was suggested by Trump.
Justice department officials stated they would accept any of the three due to their "prior federal judicial expertise and interest in relevant areas of law," and they initially recommended retired federal judges Barbara Jones and Thomas Griffith.
The filing also noted the department “respectfully opposes the appointment of Paul Huck, Jr,” the Trump team’s second nominee, a federal judge from Florida, “who does not appear to have similar experience.”

Trump’s legal team did not include the reason for rejecting Jones and Griffith in its filing, saying “it is more respectful to the candidates from either party to withhold the bases for opposition from a public and likely to be widely circulated, pleading.”

It is now up to Cannon to choose whether to name 78-year-old Dearie to the case.

Government attorneys previously opposed Trump’s special master request altogether, arguing that an independent screening for privileged material could harm national security, and was also unnecessary as a team had already completed a screening.

In addition to the documents probe, Trump faces investigations in New York into his business practices, as well as legal scrutiny over his efforts to overturn the results of the 2020 election, and for January 6, 2021, attack on the US Capitol by his supporters.
Chima Ugo is a patriotic Nigerian, a journalist, blogger and singer who is so much interested in the internet, journalism, and blogging and have been for half a decade.