The Nigerian international has also drawn interest from Chelsea and Liverpool, but Emery is ready to see him again. 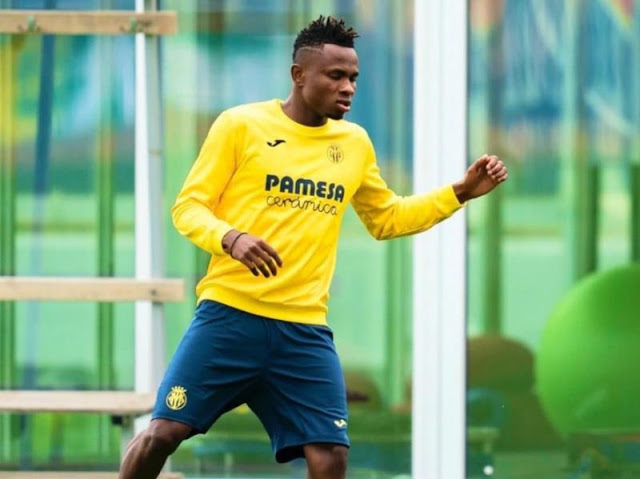 Aston Villa, a Premier League team, will try to lure Samuel Chukwueze away from Villarreal in January.

Unai Emery, the manager of Aston Villa, and Chukwueze previously collaborated at Villarreal before Emery moved back to England a few weeks ago.

The Nigerian international has also drawn interest from Chelsea and Liverpool, but Emery is ready to see him again.

According to Football Insider through TMW, Aston Villa is reportedly prepared to pay €40 million to acquire the quick winger.

Chukwueze might be up for sale by Villarreal in the upcoming January transfer window.

In 2017, the Yellow Submarine paid €500,000 to acquire the player from Diamond Football Academy.

According to reports, the 23-year-old came very close to completing a deadline-day loan deal to Everton last summer, but talks broke down just before the transfer window closed.