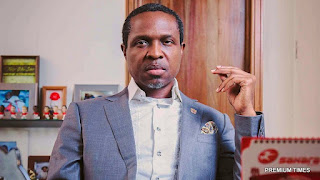 According to the MEDIA, the state's PDP has asked INEC to disqualify Cole of the APC, claiming that the delegates who voted in the candidate's primary election were not democratically elected.

When the case began, APC's counsel raised a preliminary objection to the court's jurisdiction to hear the case.