Padre Mike-Nsikak Umoh, the national director of social communications, issued the statement to the media on Thursday in Abuja. 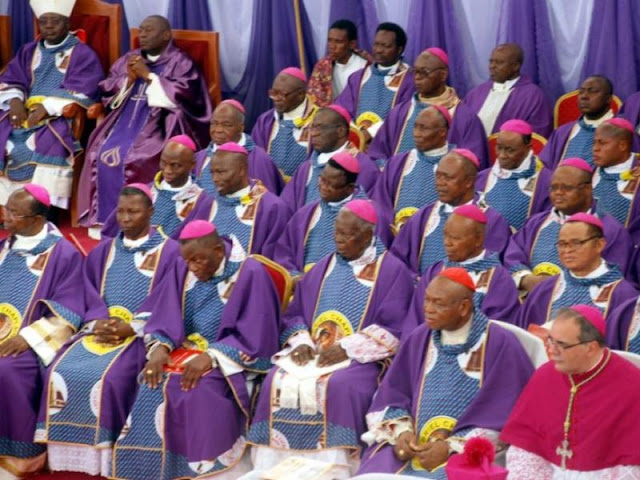 The Nigerian government has been tasked by the Catholic Church with providing a safe and secure environment for voters to cast ballots in the elections of 2023.

The third National Pastoral Congress was convened in Benin, and the church included this information in a communiqué that was released following its conclusion.

Padre Mike-Nsikak Umoh, the national director of social communications, issued the statement to the media on Thursday in Abuja.

“These electoral anomalies harm the democratic process as they contribute to depriving citizens the freedom to make informed choices at elections by making the process less credible,” it added.

They urged voters to exercise their right to vote and for the government to ensure their safety.

The church urged people to vote for trustworthy candidates who could lead the country’s affairs honestly and ethically.

It also called on INEC to guarantee a “just, transparent, open, free, fair, and credible” election.

“INEC, as a genuine umpire, must be neutral and objective and not favor any parties but apply the laws and principles to all fairly and equitably,” it added.

The communique emphasized the importance of running campaigns based on ideas rather than personal attacks and unhealthy competition.

“Political candidates for the election should avail citizens of their electoral manifestoes, including strategies for achieving set goals and objectives.

“It is hoped that political office holders would support their manifestoes with strategies to achieve set targets and pursue those goals when elected to office.”

The church urged the Nigerian public to hold their government officials accountable.

“On this, Civil Society Organisations should play active roles through advocacy and enlightenment,” it added.

The church has voiced its dismay over the deteriorating state of the economy, citing the rising prices of energy and essential commodities and the resulting decrease in consumers’ purchasing power as causes for alarm.

“Government should devise a strategy that makes fuel and other petroleum products available, accessible, and affordable,” it added.

Redesigning government policy to reduce inflation while combating corruption and terrorism was called an “ambitious idea” in the article.

Naira redesign will not solve corruption and terrorism, it said, which pose a hydra-headed economic threat.

“Such as an effective policing system, tracking and timely prosecution of corrupt persons and strengthening the security agencies to properly police Nigeria’s borders to prevent the influx of armed bandits from other countries.”