Synopsis
According to Mrs. Clinton, states with "draconian" policies regarding "reproductive healthcare" are to blame for the country's soaring mortality rates 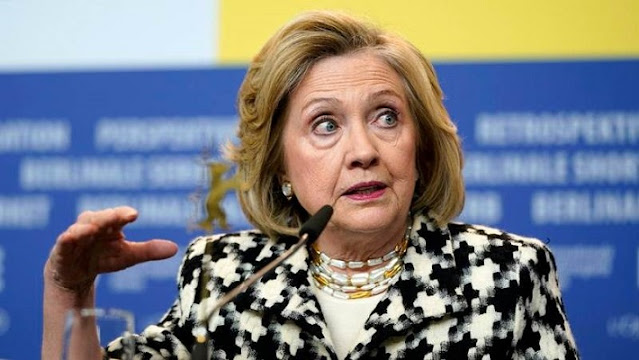 Hillary Clinton, a former secretary of state for the United States, has raised alarm over the nation's rising death rate for expectant mothers and contrasted it with those of Afghanistan and Sudan.

According to this assessment, despite having a supposedly modern economy, we are wrongly grouped with developing nations like Sudan and Afghanistan. This is really startling, remarked Hillary Clinton.

Speaking at the Women's Voices Summit at the Clinton Presidential Center in Little Rock, Arkansas, was the former first lady.

Mrs Clinton blamed states with "draconian" restrictions on "reproductive healthcare" for the increased mortality rates in the US.

There has been a rise in the number of women dying due to pregnancy or childbirth each year in the U.S., with the maternal death rate among Black women still three times the rate for White women.

According to the National Centre for Health Statistics report, the overall number of women identified as having died of maternal causes in the U.S. climbed from 658 in 2018 to 754 in 2019 and 861 in 2020.

The report further posited that the maternal mortality rate in the U.S. are unacceptably high (17.4 deaths per 100,000 births) and exceeds those in other developed countries.

Unfortunately, the global maternal mortality rates are declining in most countries but are unchanged in the U.S. and even increasing for some groups.

At the event, Mrs Clinton added that “Some of the most harsh, draconian measures against reproductive healthcare are in states that don’t provide healthcare to pregnant women.”

She recalled how tennis superstar Serena Williams had a close shave with death during childbirth, stressing that attention be drawn to life-threatening issues.

“One of the stories ingrained in my mind is that often black women, even women of education and affluence like Serena Williams, come close to dying when she gives birth because people are not paying attention to her,” Mrs Clinton said.

Both Afghanistan and Sudan have strict restrictions on abortions, with both countries allowing it when the mother’s life is in danger. Sudan also allows abortions to be performed when a woman is raped.

But specifically in Afghanistan, multiple factors which range from war and poverty to illiteracy and lack of infrastructure, contribute to the high maternal mortality rate in the country.

Aside from these, the war on terror and political instability in the country has made healthcare resources inaccessible to over 41 million population.