Synopsis
The request was made in a letter that was handed to the Senate's president, Ahmad Lawan and read aloud on Tuesday during plenary. 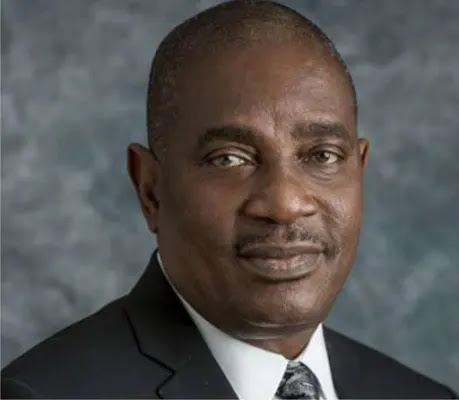 Solomon Arase, a former I-G of the police, has been nominated by President Muhammadu Buhari to lead the Police Service Commission, and he has written to the Senate requesting confirmation of his appointment (PSC).

The request was made in a letter that was handed to the Senate's president, Ahmad Lawan and read aloud on Tuesday during plenary.

"Confirmation of Appointment of Chairman of Police Service Commission" is the title of the letter.

The letter reads:” In accordance with the provision of Section 154(1) of 1999. Constitution of the Federal Republic of Nigeria (as amended), I write to forward for confirmation by the Senate, the appointment of Solomon Arase (retd) Inspector-General of Police, as Chairman of the Police Service Commission.

“It is my hope that the Senate will consider and confirm the appointment in the usual expeditious manner”. (NAN)