Synopsis
The Central Bank of Nigeria (CBN) has reaffirmed numerous times that the deadline of January 31 for returning old naira notes will not be extended. 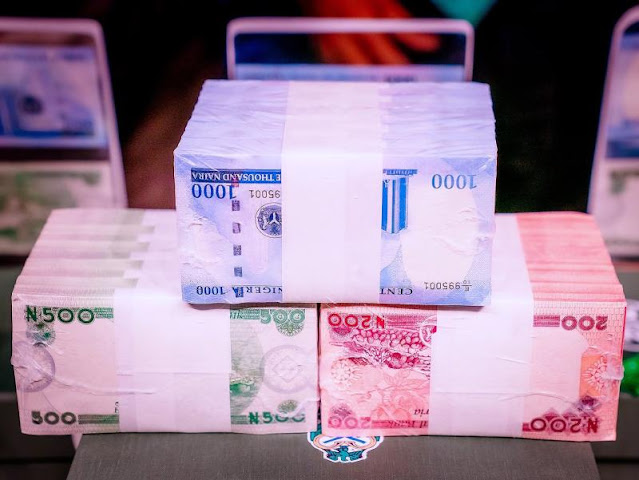 The Central Bank of Nigeria (CBN) has reaffirmed numerous times that the deadline of January 31 for returning old naira notes will not be extended.

Mr Musa Itokpa Jimoh, the bank's director of payment system management, said during a press conference in Jos, Plateau State, that there are no fees associated with cash deposits to banks made between now and January 31. He also said that there is no cap on the number of old notes that can be deposited.

Jimoh said: “On October 26, 2022, last year, announcements of a plan to redesign the currency notes were made, and we gave December 15, 2022, as the timeframe of the currencies coming into circulation, and true to that, we actually made sure that the currencies were made available to the public. So, what we are doing is to ensure that these currencies get to all Nigerians in the nooks and crannies of the country, so that people can bring out the old currencies to the bank.

“The first thing we did was to inform the banks that there will be no charge for bringing the old notes into the bank. As much as you have of the old notes take them to the nearest bank and deposit them so that you can have the new notes. So, this has been the campaign since last year through several support groups, associations, using religious leaders and others.”

“In line with global practices, we should change our currency notes every five years, we have had them for a long time; many people have been hoarding these old currency notes such that it has hampered our plan to know the amount of money in the economy. This is almost nine years since the last one was issued. It’s high time we changed this denomination, especially the larger ones; N200 notes and N500 notes, and N1,000 notes. That is why this exercise was embarked upon,” he said.

Jimoh added that the CBN had to come out to demonstrate to the public that it is fully involved in this process to ensure that every individual is well informed about the new notes and of the need for the old currencies to return to the banks for the new ones to get to the public.

“Last week, we went to several banks to ensure that the new currencies are being dispensed because there have been complaints that the new notes were not available, and we do not want a situation where if you go to a bank branch and you are told that new notes are not available, and yet you see the notes in some people’s hands, in which case, there’s preferential treatment.

“So, what we did was to make sure that all the new notes are fed into the ATMs. ATMs bring about the democratic process to which these funds can go out and reach all individuals as there is nothing like a preferential customer. We also ensured that the banks came to CBN to collect these new notes and put them into their ATMs,” he stated.

Jimoh assured Nigerians that the ATMs are now dispensing the new notes, and the team has met with the local heads, chiefs, and royal fathers to carry out this sensitisation because it is believed that they can pass the message deeply into the communities.

He said: “During the sensitisation process, we got some complaints about some localities in Plateau State where there are no bank branches close by. So, the question was how would they take their money to the bank? We quickly leveraged the POS agents to go and collect the new notes in these localities where the banks cannot reach and begin to do a swap and we have seen massive collections of the new notes across the state and the country. This is why we are activating the monetary and the sensitization exercise again to ensure that agents that have collected the new notes are actually exchanging it with the old ones, especially where bank branches are not available.”