Synopsis
Fani-Kayode asserts that the PDP filed the lawsuit to draw attention away from the APC's accusation of corruption against the PDP's presidential... 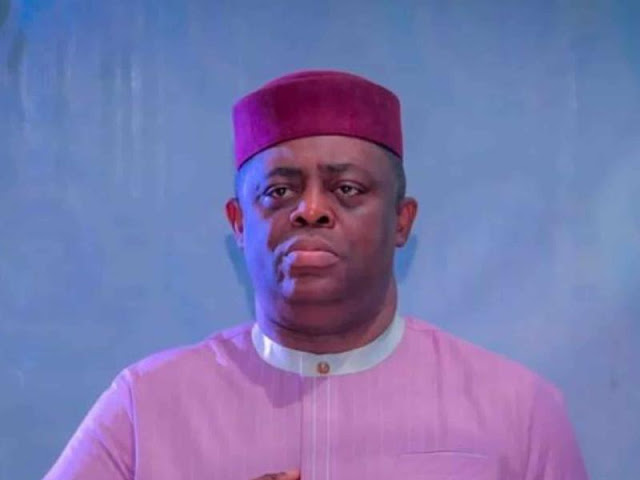 Fani-Kayode stated this while appearing on Monday's broadcast of Politics Today on Channels Television.

The PDP's petition challenging Tinubu's eligibility to run in the presidential elections on February 25 is complete without substance, according to the former minister of aviation.

Fani-Kayode asserts that the PDP filed the lawsuit to draw attention away from the APC's accusation of corruption against the PDP's presidential candidate, Atiku Abubakar.

He answered, “This is a simple lie. Fallacious mendacity. Complete falsehood. He [Tinubu] was never convicted. The Americans themselves said that he was not indicted, and neither was he convicted.

“Yet, they keep bleating like little children about these things. There’s no basis in reality in it. It’s a very simple thing. For us, this is a civic duty.

“We need to be responsible, and it is our duty to expose Atiku for what he is, and we will continue to do that. They have tried to respond by bringing all manner of insults and all manner of fake allegations without any credible evidence.

“If you have that kind of evidence, present it before the public and let us see. Then we will consider what you’re saying. So, then stop throwing bricks where you have nothing inside them to carry weight,” he said.

You may remember that on Monday, Kola Ologbodiyan, a spokeswoman for the PDP campaign council, told reporters that the party had filed a lawsuit seeking Tinubu’s disqualification due to claims that touch on a conviction for trafficking narcotics in the United States.

The PDP PCC announced that it had begun legal action to prevent the APC presidential candidate from running in the 2023 election.

From what we can gather from Ologbodiyan, the PDP is demanding that INEC remove Bola Tinubu as a presidential candidate for the APC or any other political party.