NSCDC Gets New Commandant In Lagos

Synopsis
P9O reports that Alfadarai, until his deployment as NSCDC Lagos Command boss, was the Principal Staff Officer to the Commandant-General of NSCDC. 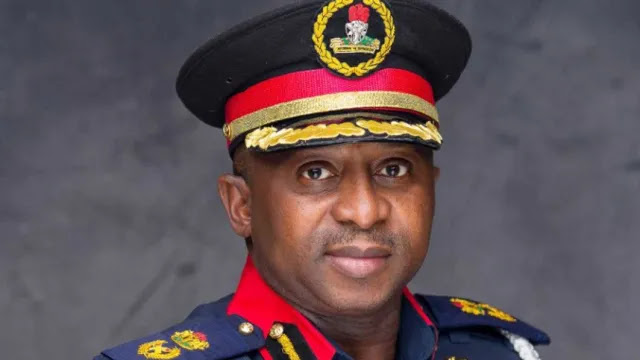 Usman Alfadarai has been appointed as the new commandant of the Lagos State Command by the Nigeria Security and Civil Defence Corps (NSCDC).

During a telephone conversation on Tuesday in Lagos with Prime 9ja Online (P9O), the departing commandant of the state, Mr Okoro Eweka, confirmed the event.

All questions relating to security in the state should now be referred to the new commandant, Eweka informed P9O.

He said ” I have been transferred as the Commandant of NSCDC, Lagos Command, to NSCDC Osun.

“I have received my letter of transfer.

” A new person, Mr Alfadarai, has been transferred from the NSCDC headquarters as the new commandant of NSCDC, Lagos Command.

“I implore your agency to extend your support to the new commandant as you have done to me and my superiors.”

P9O reports that Alfadarai, until his deployment as NSCDC Lagos Command boss, was the Principal Staff Officer to the Commandant-General of NSCDC.