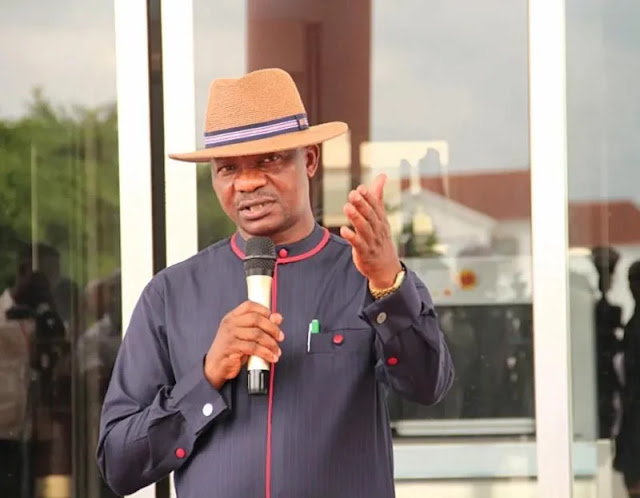 According to Mr. Charles Aniagwu, spokesman for the Peoples Democratic Party (PDP) Presidential Campaign Organisation, Atiku Abubakar, the party's candidate for president, is still available for additional discussions with Governor Nyesom Wike and his colleagues.
Aniagwu said Atiku's response to the purported boycott of the Presidential Campaign Council by Wike's group was not a foreclosure of future reconciliation with the group and other stakeholders in the party during a Wednesday night appearance on Arise Television.
He claimed that Atiku's appeal for the party to change was not intended to leave any stakeholders behind, but rather to concentrate on the fundamental problems troubling Nigerians.
According to Aniagwu, there is only a group with an interest that is permitted democratically and not a faction within the party.
“As a party we are quite comfortable that in the course of time these issues will give way for everybody to be on board.

“Atiku didn’t say its time to move on because he wants to leave anybody behind, he is asking members of the party that its time for them to move on to talk about those issues that affect Nigerians.

“There are a whole lot of issues that affects us in this country and so Atiku said its time to move on meaning that every hand has to be on deck to carry every Nigerian along and to address those many challenges that confronts Nigerians in their everyday life today.
“Atiku is not just looking for anybody to come and vote, he is looking forward to unite every member of the party and by extension Nigerians so that at the end of the day he would have been able to carry everybody along.

“He has asked everybody to come on board and we are quite optimistic that in the course of time everybody will indeed be on board,” Aniagwu stated.