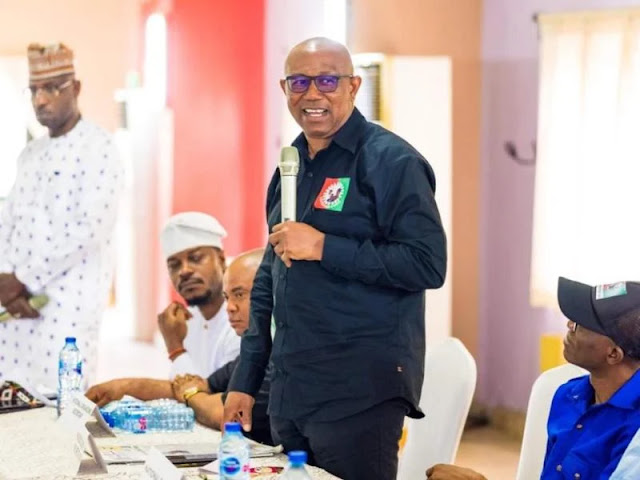 The presidential candidate of the Labour Party, LP, Peter Obi, has been hailed by a coalition of supporters in Anambra State operating under the banner of Coalition for Peter Obi (CPO) as the most trustworthy, qualified, and competent man who can take Nigeria to its promised land.
Chidi Nzekwe, the group's state lead coordinator, made this statement to reporters yesterday in Awka, the state capital, in response to their two-million-person solidarity march for the Obi/Datti movement last Saturday. He insisted that the presidency should be given to Obi for the desired change in our country's economic and political history.
According to Nzekwe, “We are using this medium to sensitise the people on the need to get their Permanent Voter Cards, PVC and be well mobilized to cast their votes ahead of the 2023 general elections”.

“The crowd, especially the youths, that came out for the solidarity march last Saturday was an indication that we need a disruptive system to drive good governance, and we believe Peter Obi is the right candidate”.

“He is credible, capable, and competent to lead Nigeria to the Promised Land and we urge the electorate to come out en masse and vote wisely for a ‘new and better Nigeria’.

The support groups were drawn from various professional bodies, including Doctors for Peter Obi, Docs4PO, led by Dr. Henry Eze.

Dr. Eze, Anambra State Coordinator of Docs4PO as well as its Southeast Zonal Director, disclosed that they equally mobilized their members in the State to participate actively in last Saturday’s solidarity march.

According to Dr. Eze, “We are very much optimistic that, with the right things done, Obi will win the 2023 presidential election because Nigerians are awake and wiser now”.

“Our currency, the naira, has depreciated to abysmal levels. There’s insecurity everywhere. Our roads are death traps and there’s grossly insufficient power supply. In fact, the entire country is about to collapse on our heads. We will do anything legitimately possible to secure victory for Obi so as to have a credible, capable, and competent administration and a new Nigeria. We have confidence in Obi and Datti to rescue and reposition this country.”
Chima Ugo is a patriotic Nigerian, a journalist, blogger and singer who is so much interested in the internet, journalism, and blogging and have been for half a decade.