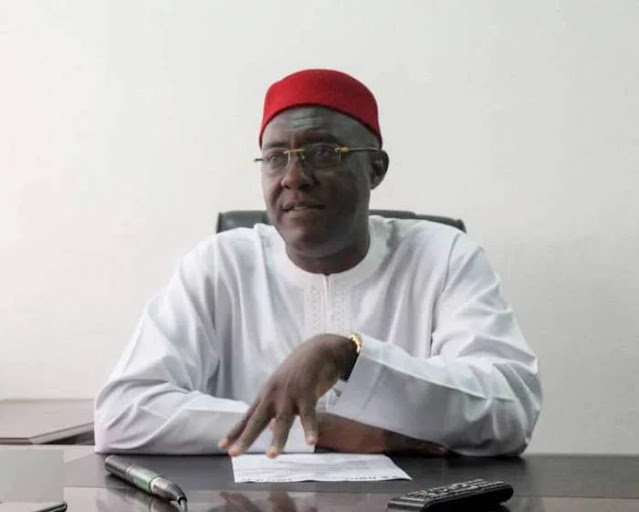 The Peoples Democratic Party, PDP, presidential candidate Atiku Abubakar is under pressure from some supporters to turn the tables on Nyesom Wike's supporters who are conducting the poll, but he is resolutely refusing.
In a media interview with reporters, former party spokesman Chief Olisa Metuh claimed that some of Atiku's allies were putting pressure on him to withdraw support from candidates who were allied with Wike and his supporters, who on Wednesday left his Presidential Campaign Council.
Sources say that Seyi Makinde, the governor of Oyo State is particularly at risk of such a threat. Governors Okeize Ikpeazu of Abia State and Ifeanyi Ugwuanyi of Enugu State who had been alligned to the Wike tendency, it was gathered, may have pulled back on account of strong pressures they are having from the Peter Obi phenomenon sweeping through the Southeast.

Ikepazu is the PDP candidate for Abia South Senatorial District and is also said to be even more at risk with the surging popularity of Senator Enyinnaya Abaribe who is flying the ticket of the All Progressives Grand Alliance, APGA for the election.

Speaking against the background of the threats against Atiku by the Wike group, Metuh unarguably the longest serving NEC cum NWC member in the history of the PDP, said: “If you are actually working for Atiku to win the presidency you cannot be insisting on a chairman because the president when he is elected can always change a chairman whether he is acting or elected, he has enough influence to change him. But if you are actively working for him to fail, you are wishing him not to win or you don’t believe that he will win, then we can understand why you are fighting for the issue.

Saying that Atiku was also under pressure to move against candidates in the Wike camp and those aligned to them, Metuh said: “Now supposing the candidate of the party buckles to pressure to give directive against some people running in the election aligned to those who say they are withdrawing from his campaign council and ask his people to withdraw from their own campaigns? Won’t it be chaos?

“I am aware that there is a lot of pressure asking him to issue the same statement against those people but he has not. That is where we admire the patience, tolerance, the accommodating qualities of Atiku. Any other person would have taken a hard stance. He has not used any foul language. He has not taken any hard stance. He has been accommodating. They pushed him to London, he went to London. They will him this he will say, anything they say…”

Continuing on the pressure on Atiku to move against the Wike camp, Metuh said: “People will come to him, let us fight these men he will say no. It is obvious that Nigeria needs such a father figure, a tolerant person. In the midst of insults, in the midst of provocations, indeed undue provocations because things that can be discussed inside the house are being thrown about and being marketed.”