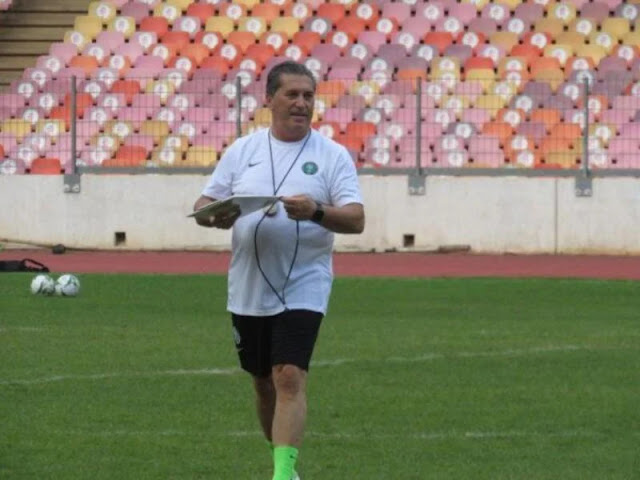 Jose Peseiro, the head coach of the Super Eagles, has stated that he is focused on helping Nigeria win the 2023 Africa Cup of Nations.
Recall that the Super Eagles were eliminated by Tunisia in the second round of the last competition in Cameroon.
The 2023 AFCON is scheduled to take place in Ivory Coast.
The Portuguese coach, who assumed control of the Super Eagles in May, stated that one of his goals for the group is to see them win the AFCON.
However, he insisted that effort must be done if the team is to do that, beginning with the exhibition match against Algeria.
In a press conference ahead of the friendly, Peseiro said, “I repeat I want to win the next AFCON and for that we need to improve our national team, we need to improve our dynamics, we need to improve our organization in and outside the field.

Peseiro lauded the quality of the players in the Super Eagles, underpinning that as his confidence towards winning the AFCON

“We have many good players so I believe we can achieve success with our national which made me say I want to win the AFCON because I know the players.

“Me and my staff we keep watching many matches around the world concerning the performance of the players and like I said the national team is open for everybody.”
Chima Ugo is a patriotic Nigerian, a journalist, blogger and singer who is so much interested in the internet, journalism, and blogging and have been for half a decade.